14 teams from all over NSW ventured to Doyle Ground, North Parramatta for this year’s 11/12 mixed Challenge.

The school event is designed for boys and girls across the state to play touch in a mixed format and have the opportunity to represent their school.

With our school competitions canceled in 2020 due to covid, it wasn’t only just the staff eager to get back out on the touch-field – so were our participants.

Perfect touch weather saw some early tries scored. A few of them scored tries that would come close to a Brett Morris special!

When the quarter-finals came around Tomaree High School was victorious in a nail-biting drop-off against Gilroy Catholic College and progressed through to the Semifinals.

St Dominics/Carolin Chislom was quick on their feet, edging out Hunter Valley Grammar in their quarter-final; whilst NBSC Freshwater Campus looked to continue their surge to a title with their win over St Francis Xavier’s.

Holy Cross College and Marist Sisters College had a great run in their quarter-final up against Mudgee High School, progressing through to the semi-finals with a win of 5-2.

Before we knew it the semi-finals were upon us and 14 teams had been reduced to 4.

Tomaree High v NBSC Freshwater
Both teams started strong, with both teams going try for try. With the score tied at 2-2 we knew an exciting finish was going to take place with the Referee blowing the whistle and announcing a drop-off. NBSC Freshwater came out on top after a strong 2-minute drop-off period, scoring 2 unanswered tries to secure the 4-2 victory over Tomaree HS.

NBSC Freshwater Campus v Holy Cross/Marist Sisters FINALS
When it comes to grand finals; this is one of the great ones.

NBSC Freshwater Campus challenged the combined Holy Cross/Marist Sisters and with both teams strong all day this game was going to be hard to pick a winner.

Holy Cross/Marist Sisters jumped to an early lead with some quality finishing. Their balls skills were on point with some quick plays and hit holes early to take a comfortable lead before NBSC Freshwater campus hit back with 1 of their own.

With the siren sounding it was Holy Cross/Marist Sisters taking out the 2021 title.

NSW Touch Football would like to thank the schools, staff, and students who competed and made today such a huge success.

Another huge thank you to all the referees who attended to help us deliver this event.

For full results from the day, please visit the Mysideline Fixtures and Results Page 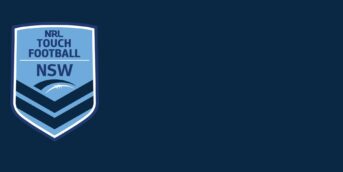 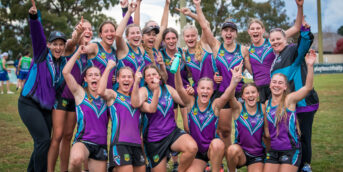 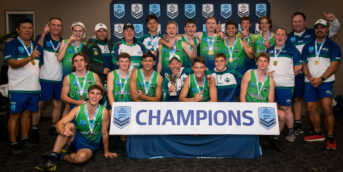