FIND A CLUB
Home › Featured News › 8 Years in the making

8 Years in the making A Vision should describe the future for a club that inspires members, volunteers, and supporters.

A Team Culture is made up of the values, beliefs, attitudes, and behaviors shared by a team. It’s how people work together towards a common goal and how they treat each other.

In the Women’s Open, reigning Vawdon Cup Champions Manly Warringah was up against 2018 State Cup Champions Canterbury.  In a game that was hard, fast and at times push became shove, Canterbury’s dominance was too strong.  Wanting to send their Captain off in style, Louise Winchester had everything to play for, showing why she is and always has been a force to be reckoned with. With Canterbury taking the win 5-0 Manly they now head into State Cup preparations ready to take on everything that is thrown at them to keep hold of their title.

8 years ago Bankstown Sports had a vision, today that vision became reality.  Up against the Doyalson Men, last years champions, Bankstown Sports nothing to lose.  At half time the game could have gone either way with both teams 2 apiece.  But the second half was a different story.  If Doyalson scored, so did Bankstown Sports and with minutes to go, Bankstown took the lead, the game and the dream became oh so real,

For full results please see below; 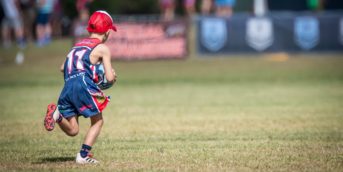 As most would be aware the 8th Edition rules are available to be used from January 1, 2020. So why is it that the NSWTA Junior State Cup... [more] The New South Wales Touch Association (NSWTA) announced today a new partnership with ISC Sport to be the Offical Apparel Partner of the state peak... [more] 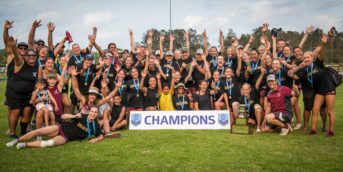 A State Cup that had everything

It was always going to be a State Cup like never before. With the on-going bushfire situation on the North Coast of NSW, the staff was well prepared... [more]