Devils finally get the Dragon off their back

This year’s Country Championships did not disappoint. The weather was perfect, the venue was amazing, games were of high caliber – could it get any better?

With round games still in play come early Sunday morning, the wait to see who would be making a finals appearance late this afternoon was tense.

The team to watch in the future – City of Orange Youth Division. They proved to be the real deal. The clubs investment over the past 2 years into their junior program is definitely paying off. City of Orange Representative Director Joel Begnell can not wait to see what the future holds “It’s very rewarding for the club as we are starting to see success.  We have invested into the future of the club by ensuring that our juniors have a competitive pathway, which has included sending teams to Vawdon Cup on a weekly basis and we have now started to invest in tournaments such as the Country Champs.  In the future, we are hopeful that to send teams to Senior State Cup”

In the Men’s Open Division arch-rivals Wollongong Devils and Doyalson Dragons found themselves once again in a grand final showdown.

Wollongong Devils dominated the game early ensuring that Doyalson Dragons would have to work hard if they wanted to regain their title. With minutes left, the game stopped. It was if a sniper took aim at Doyalson player maker Scott Bundy, who had to be carried from the field and with the clock still ticking, the game looked to be in the bag for Wollongong until, Doyalson scored in the corner on the siren to take the game into a drop-off. Doyalson just received a lifeline, but Wollongong had other plans.  With the game now into its 4th minute and 4 on 4 Wollongong saw a chance and took it taking the win 7-6.

Player of the Final: Josie Clarke City of Orange 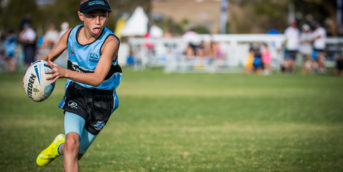 NSW Touch Football wishes to advise all Affiliates of the Qualifying Teams and Competition Structure for the upcoming 2020 Junior State Cup (State... [more] 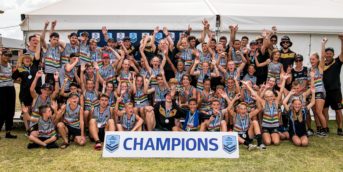 2020 Junior State Cup has definitely been an interesting one. From nearly 100mls of rain prior to the start of the Northern Conference, mud, sun, and... [more]