Everyone knows a “June” in their community

Running in June for June

It is likely most of our community have in some way had their lives touched by cancer. Through one of our sports greatest supporters and her Hall of Fame daughter, we all have the opportunity to contribute in some small way to the fight against it.

Many of you who have played representative Touch stretching back to the ’80s would know of June Maher.

The mother of the Maher clan has seen two Hall of Famers, an Australian Captain, two State Captains, three Australian WO representatives and six of the family represent NSW, or you may have just seen her around the touch fields over the past 30 years videoing all of her siblings and grandchildren at every game they play.

But only some of you may know that June has contracted a rare form of blood cancer called Mycosis Fungoide.

June was diagnosed with this in May 2018 – but has continued to live life to the full, defying the odds with her blood results and whilst she has been on a constant low dose of chemotherapy and a round of radiation she has never missed a Touch tournament or an opportunity to watch her grandkids or children in their many different domains including the World Cup in Kuala Lumper, State of Origin, Junior and Senior State Cup!

She is extremely positive and continues to fight this cancer.

In the month of June, her daughter, former NSW WO captain and now Hall of Famer, Gab Rose has decided to run 150km (on top of her normal training) to show her support of this amazing, strong, positive and inspirational woman that she gets to call her mum.

June does not need any money, but she would love your support in this cause  – all donations will go to the NSW Cancer Council to assist them with the amazing work they do not only in the support services they provide to cancer patients but also for the education and prevention of cancer.

Gab wants to show support not only to her mum but to all the other “June’s” in our Touch Football community.

Anyone who knows June knows what a great supporter she has been to so many teams, charities, and people (children and adults alike) over the years.

If you are able to spare even a few dollars for an amazing cause to help all who are suffering from the disease, the link to donate is below. If you can’t donate don’t forget when you see June around as we get back to playing, give her a fist pump or a thumbs up!

DONATE HERE Scroll down and click on the “ZaoFtiness Do it for June” button. 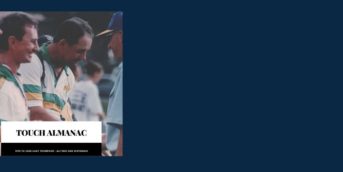 Cary Thompson first became involved with Touch in the early 1970s. Cary’s involvement with Touch Football has seen him inducted as a Life... [more] 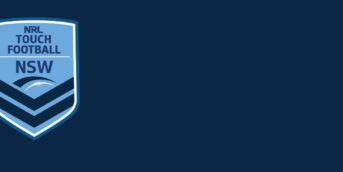 Are you a dynamic, motivated and organised go-getter with a proven track record in delivering large member-based sporting events in a challenging... [more] 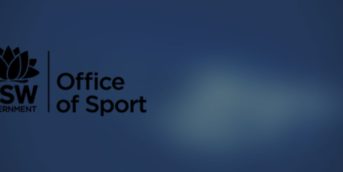 With community sport and recreation activities returning as COVID-19 restrictions ease, the NSW Government has announced a $27.3 million Community... [more]