For the first time at a National Level, this year’s event has created a historical moment for the sport.

For the first time, six (6) Female Referees have been appointed to run alongside their fellow leading male referees in six (6) Men’s Open Games, all within one time slot.

Denise Weier (QLD), Alison Watters, Annabelle Connelly, Nicole Alexander, Nicole West (WA) along with Kathleen Spence hit the ground running during the 2.10pm time slot in what was a first for Female Referees at this level.

The National Touch League (NTL) is the premier event for Touch Football Australia and showcases our sport at the highest level.

For Referees, the Nationals is only opened to qualified levels 4, 5 and 6 and provides a great opportunity for professional development.

For NSW Touch trailblazer Kathleen Spence, this year’s event is one she won’t forget.

“As a Female, you always strive to referee a Women’s Open Game.  Men’s Open’s never seemed an option to most of us, BUT Amanda Sheeky (Australia’s and World Leading Female Referee) opened the door for a lot of females and showed that it IS attainable.  This year’s event has allowed all-female referees an amazing opportunity and I think we have proved to a lot of people that yes WE CAN”

2019 proved to be a big year for Spence who officiated all but two (2) Men’s Premier League games at the NSW Touch Vawdon Cup and was selected in a history-making first-ever all-female appointed Vawdon Cup Women’s Open Grand Final along with Tess Leahy and Bec Rogers.

“In one word AWESOME. What a year!  Hard work pays off.  I have new goals in 2020 that being a selection into the NRL Touch Premiership and the State of Origin, so having the opportunity to run with the best this week will help me achieve those goals”

Spence first attended Nationals back in 2013 before progressing to earn her Level 6 Badge in 2016, but the black badge didn’t come easy.

“In 2013 I headed to Coffs aiming for my Level 5 but fell short with an injury. I then didn’t attend in 2014 as I was still carrying a reoccurring injury and felt it wasn’t fair on other referees. It made me realise though that failure is ok, as it is a learning curve and without failure, how do we learn and improve ourselves?” Spence said

In 2016 she received a late State of Origin call up and from there she hasn’t looked back.

Gender barriers can be a hot topic within the sport, but Spence doesn’t feel as though she has been treated any differently to the male Referees officiating within the sport “There may be a small number of females coming through the ranks but we are treated just the same as our male colleagues. The biggest difference over the years I’ve noticed is that we actually now have a larger support network within the Refereeing Community which is fantastic for our sport” 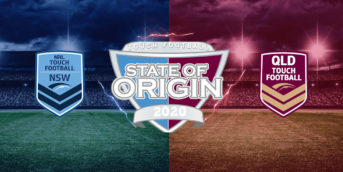 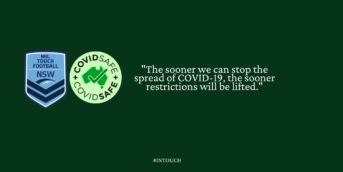 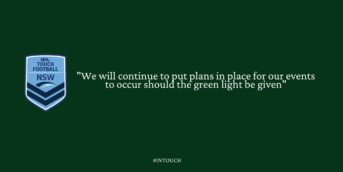