A bylaw of the NSWTA determines that a review of regional boundaries should occur as a minimum every four years. Over the last three review periods, the regions all agreed that the boundaries were acceptable. However, in this period, we determined a need to reassess as part of an overall review of the regions.

It was recognised the Regions’ roles and purpose have evolved from what they were initially set up to provide. This was a natural evolution as the sport grew and developed. Therefore in 2019, it was agreed that a full review of the Regions should take place. This included looking at their purpose, focus, and function and not just boundaries.

Feedback was sought from stakeholders at both the Regional and Affiliate level across several categories, and this feedback formed the basis of the review. From this information, views on options were formed and shortlisted. We then sought final feedback before a recommendation to the Board for adoption.

The review’s overriding goal is to give the Regions a clear purpose and focus on what the stakeholders seek. Discussions have already begun with the Regions about adopting a standardised approach and collaborating for best practices to perform at high levels together.

Initial engagement with Affiliates and Regions resulted in 93 Affiliate responses and 25 Regional responses.

Analysis, research, and discussion commenced and was interrupted by COVID-19 with the final engagement piece in April 2021. It has been a comprehensive body of work. All six regions provided constructive feedback in the final round of engagement. From an affiliate standpoint, 15 provided feedback. A majority focused on the boundaries. While most feedback was constructive, some were self-focused. Where some affiliates did not provide written feedback; they did have conversations with the General Manager on their position.

The guiding principles of the review via the feedback process were identified as:

• Regions role should be Representative Pathways and Technical Development.
• Current boundaries needed revision to provide better pathways for both individuals and affiliates.
• For pathway-related Boundary changes, representative team numbers and engagement is to be strongly considered.
• Any boundary change required an existing Executive structure or for a new region could only occur if a full Executive committee could be created and put in place to implement any change.
• NSWTA decisions need to be based upon a whole of the state approach.

Role
The overall role of the regions from now on will be pathways and technical development.

Objectives
The objects for which the Association is established and maintained are to:

(a) Remain a member of the NSWTA and abide by all directions of the NSWTA
(b) Promote, encourage, foster, develop, and extend the sport of Touch Football in the region for human beings;
(c) Select support and/or sponsor any representative team or teams for any purposes associated with Touch Football as approved by the NSWTA.
(d) abide by and maintain standardised playing rules and regulations as issued by the NSWTA.
(e) Promote, organise and conduct championships, competitions, and other events with NSWTA permission and guidance pertaining to the sport as may from time to time be considered expedient.
(f) Conduct an annual community activation with a social purpose
(g) Co-operate with the NSWTA as the controlling body of the game in New South Wales to promote and control the sport of Touch Football.

Governance
The current Executive elected positions remain as is with a name change for the Assistant Regional Director. That is:

(All positions must be filled)

The NSWTA will set minimum criteria for roles.

NSWTA to further investigate and build a framework for a Commercial Director to be a part of the Executive in the future.

• Regions to review their current communications practice and schedule.
• Look to have greater transparency and communication with affiliates.

NSWTA to review the Position Descriptions and update for the expectation of the role and criteria for the position.

State Panels and High-Performance Unit to have input into these PDs.

Pathways
Reconsider the current boundaries to align pathway engagement as the focus of any change.

Boundaries
Commentary Summary– Unsurprisingly, this has proven to be the issue that has provided the most comment. It is acknowledged that there are strong opinions in this area.

Considering the stakeholder feedback, NSWTA needed to reconsider the current boundaries to align pathway engagement opportunity as the focus of any change. In doing so, we needed to consider any new or redefined region’s ability to grow and with the non-negotiable of having a full executive in place. Furthermore, the original stakeholder engagement only gave respondents the ability to choose the status quo, a 9-region structure or a 10-region structure. Consideration based on feedback, analysis, and discussion has given way to a smaller number, looking to have a structure to meet not just the parameters raised by the stakeholder feedback, but also sustainability via a solid foundation for executive roles. Importantly to provide for pathways to strengthen all areas across the state.

What had to be factored in for any suggested change is not just available registered participants but the critical element of how many affiliates are active in the representative field, given that the new understanding is that this is now the region’s primary focus – pathways.

It was felt the best opportunity to succeed in the transition of any change was to have as little disruption to current committees in the regions where possible.

Option 3 presented in the final engagement process was the version most respondents were comfortable with. A few still believe that the boundaries, in their case, do not need to change. (But were happy for changes in other regions)

Some provided alternate versions of the break-up of affiliates into regions in the final engagement process. These were considered on merit and in line with guiding principles. Some of the suggestions were deemed possible in different environments- i.e. may work for juniors but not for senior pathways or vice versa. None seemed viable for both. It is also important to note some affiliates highlighted in these options were not supportive of the options provided.

Concerns were raised with the suggested break-up for the Eagles region in the final engagement piece with a commercial competition and two other competitions affiliated with QTF, hampering the ability to be a success. Views were that while the premise of the break-up had merit, it would only dilute the current Eagle’s limited strength and work against the guiding principle of the review. This concern was heightened with the retirement of the current Eagles Director and other executive members, multiplying the complexity of the impact of changing the region at this time.

Based on the principles of the review and feedback received, the following have been adopted. This model provides for six regions which is different from the original position being 9 or 10. It has looked to recognise feedback in the last engagement piece while attempting to stick to what the membership wanted: strong pathway opportunities and strong teams. The element of most concern for a higher number of Regions is that of the human resourcing required, which has been identified as a real issue. Without this element, any change of boundary or new region set-up would fail. For this reason, we sort from our initial modeling to make changes that would allow existing structures to remain and already be resourced.

The model attempts to recognise the feedback from across the gambit, noting several differing views. It is acknowledged that it is impossible to come to a position that all opinions are satisfied.

Discussions to continue between NSWTA and ACTTA re future pathway involvement.

NORTHERN EAGLES
• Status Quo
• Remains in its current structure for the next two years when option 3 or renewed version can be revisited.

This allows time for stability and time to reengage with Affiliates in the far north who are currently not affiliated to establish it as a new region.

Adult Pathway –
All open and seniors incumbent players can remain with that region. At a point in time that incumbency ceases they must participate for the region they qualify for.

Adult Pathway –
All open and seniors Regional homegrown players can remain with that region as per current TFA rules.

Junior Pathway –
All junior players must participate for the region they qualify for.

Further Recommendations
All regions to make immediate contact with any new affiliates to actively engage them with the Region. i.e. advisory positions and or fill any vacant position. 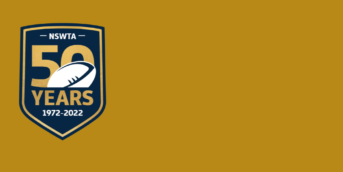