It is with a heavy heart that we advise the passing of David Proust. Who represented the NSWTA in the Men’s 35s in 1995, 96, and 99. Then the Men’s 40s in 2002 and after a long break, he returned to the two blues in 2016 playing with the Men’s 55s. He was a stalwart of the Central Coast Dolphins and later the Peninsula Piranhas. A larikin and fierce competitor, he was never without a smile or a yarn to spin.

NSWTA President, Mark Hearnden remembered his and all of our mate.

Today our touch football community lost one of its finest.

Dave ‘Prousty’ Proust was a true character of our game in every sense of the world. A man of many talents. A sharp wit. A bush poet. A much-loved family man. A cheeky and fierce competitor on the touch-field. A friend.

Prousty has been publicly battling the onset of brain tumors for several years. He fought this battle fiercely and with plenty of cheek. Sound familiar? During this time Prousty did his level best to live life to the fullest.

Dave played his last State Cup in 2018 with his teammates from Peninsula. I was fortunate to play against him and we were able to spend a few moments together after one of the round games. A group of fellow players from the M50’s division formed a circle around him to say a few words of support & encouragement. The circle just kept growing and then we took a knee in his honour. Prousty, not missing the opportunity to speak in front of a crowd, took over from there and we all eventually collapsed on the ground in fits of laughter. I have a photo of this moment which I will forever cherish.

On behalf of the entire NSW touch football community, I’d like to pass on our sincere condolences and love to Therese and the entire Proust family at this most difficult time.

Cheers to you, Prousty. I’ll have one in your honour tonight mate. 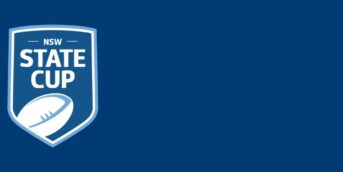 Courtesy of Port News Players will have to wait until March for the NSW State Cup after wet weather forced organisers to postpone the event from its... [more]

It is both deflating and disappointing to have to advise our community of the postponement of the 2021 State Cup. As many would be aware, a... [more] 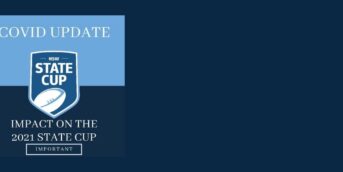 The Public Health (COVID-19 General) Amendment Order (No 8) 2021 has been published, outlining changes to the rules, which will come into effect... [more]