NSW Touch Football is pleased to announce that the Central Coast Regional Sporting and Recreational Complex has been awarded the hosting rights for the 2020 and 2022 NSW Junior Regional Championship.

Central Coast Mayor Jane Smith said the Complex was living up to its promise of delivering major sporting events for the region. “This is great news for our region. Not only does it provide an opportunity to showcase this fantastic facility, but it will also deliver a huge boost to our local economy with all the players and visitors descending on our region.

“We look forward to hosting the best junior male and female touch football players from across NSW and encourage the community to take up the opportunity to be part of this great event.”

NSWTA General Manager Dean Russell was also excited to be taking such an important event to the area.

“The Central Coast and surrounding areas have long been a bastion of Touch Football talent as well as strong supporters and advocates of the New South Wales Touch Association. To be able to bring a prestigious and important event in terms of junior pathways to the area is very satisfying.”

The 2020 championships will be held on May 2-3, 2020 and April 30, May 1, 2022 at the new complex which promises to be witness to exceptional touch footballing talent. The area, like the sport, is a progressive representative hub, with fantastic participation not just at the elite junior level, but also at seniors and grassroots level alike. The players from the area will now have the opportunity to play on their home turf, representing the Hunter Western Hornets.

The State Junior Regional Championship event is the pinnacle of the Junior Touch Football pathway within NSW and will see over 48 teams compete in eight divisions to be crowned NSW Junior Regional Champions. The very best Under-12s, 14s, 16s, and 18-year-old boys and girls rep sides will be showcased over two days, vying not only for a win, but also possible state merit and NSWTA Development Team selection to compete in the National Youth Championships.

Russell estimates that with 1000 participants and officials, joined by significant family and friends traveling in support to the destination, the event will deliver an expected economic impact of $1.1 million into the local community.

“The significant economic impact into communities via our event is really pleasing,” Russell said.

“It is certainly an exciting time for the Junior Representative pathway with an opportunity to play at a fantastic facility in Tuggerah. We have had fantastic development in the junior pathway for some time, and to now have these added opportunities for our younger athletes is phenomenal.”

Games will commence at 9.00am each morning and progress through to the finals on the Sunday afternoon which will begin from 2.30pm. The prestigious 18s girls and boys finals will be played at 4pm and 4.30pm respectively.

A media opportunity will be held closer to the event where NSWTA General Manager Dean Russell and Central Coast Council leadership will formally launch the 2020 Junior Regionals. 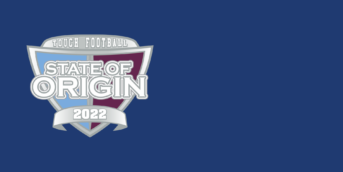 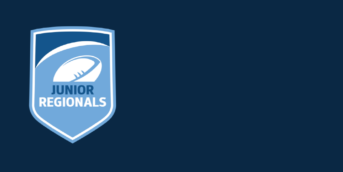