FIND A CLUB
Home › Featured News › We came, we masked, we Country’d

We came, we masked, we Country’d

2020 will be the year we all remember in sport, not just our sport but community sport as a whole. The year where the games were on, they just looked and felt a little different.

Our numbers for Country Championships may have been lower than past years, but our Country Affiliates were more than happy just to be back playing weekend representative Touch.

The weather was a mixed bag, games were fast, intense, and heated, and the passion for the title was there for all to see.

It was déjà vu in the Men’s Open with defending champions Wollongong (who won their semi-final in an exciting drop off against Newcastle) up against the boys from Doyalson. Coach Karley Banks has always stated that the boys from the Gong were always the ones they had to watch and would always bring out the best of her players when push came to shove. In a tough grind, the Doyalson boys were able to get over the line and take the win 3-2. With their 5th Country Championships title in 6 years and with State Cup potentially (we did say potentially) 6 weeks away, could this be s sign of things too come?

In the Women’s Open Division, Central Coast and Wallsend took to the field just as the afternoon storm hit.  With both teams filled with young talent and Coaches with years of experience and wisdom, you knew this game would go down to the wire. And it did. With players exhausted a drop off was to decide the winner with Wallsend taking the win 3-2.

From all the staff at NSW Touch, we would like to thank all the players and coaches who abided by the Covid-19 Rules in place for our events in 2020.

We would also like to thank the parents who abided by the 1 parent only rule and no spectators.

Thanks also go to our Referees who were running 5 games a day over the weekend.

Player of the Final – Mitch Wilton

Player of the Final – Matilda James

Player of the Final – Kurt Grogan

Player of the Final – Tom Sawyer

Player of the Final – Brad Squires

Player of the Final – Peta Newsome 2021  Junior State Cup will be one for the history books. From over 100mls of rain in 4hrs on day 2 the Northern Conference, which saw the event... [more] 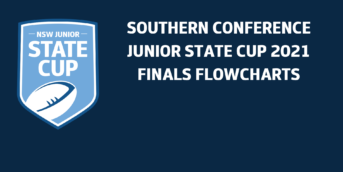 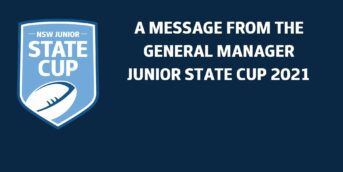 Firstly, we would like to thank the number of parents who have been contacting us on social media, phone or email with questions, suggestions and... [more]